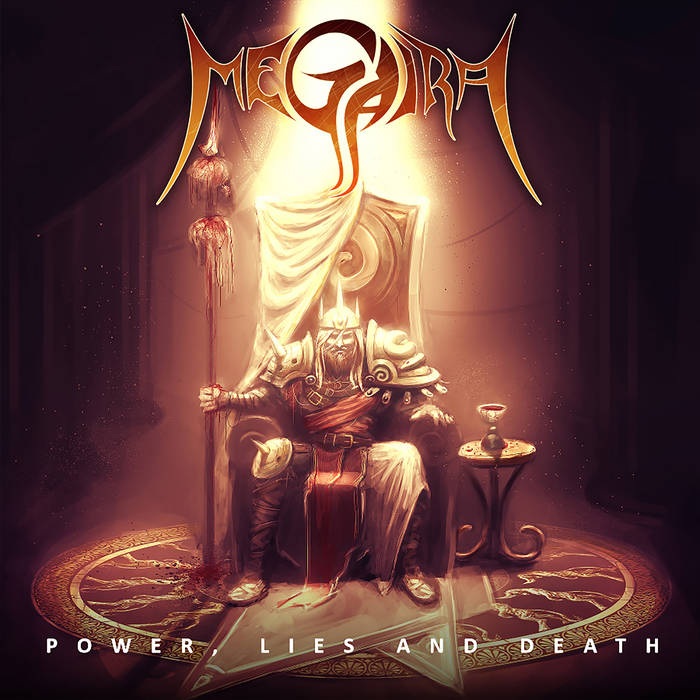 The concept of Megaira's debut album "Power, Lies and Death" is based on several popular stories from Greek mythology such as the Minotaur, the labyrinth and the death of Icarus, but it also features characters not so well-known and their trajectories, as Constellation Corona Borealis and the departure of Minos being the judge in Tartarus.
"Power, Lies and Death" begins by narrating about Minos, the king of Crete, his longing for power, and Ariadne, his daughter, who helped Theseus, the hero of Athens, enter the labyrinth and kill the Minotaur.
At that moment is presented Dedalus, inventor and architect, who was punished by the king along with his son Icarus to be trapped inside his own creation, the labyrinth, recounts his spectacular escape that resulted in the death of Icarus. Furious, Minos goes to Sicily in search of Dedalus, but ends up dying, thus going to Tartarus and becoming, along with his other 2 brothers, in one of the judges of Hades.
In addition to these and other stories, the album also features the song Erinyes, which tells the story of the three deities who punish mortals for their sins, one of them Megaira, who name to the band.
The end result as a musical construction of "Power, Lies and Death" is an album that has the characteristics of Extreme Metal and Traditional Metal features, guttural vocals / death contrasting with female heavy metal vocals and brings influences from Black Metal with Thrash / Metal bands / Melodic from the 80s and 90s, presenting a new phase of the reworked style, with power and energy to represent stories of Greek mythology in a modern way.

Songs distinguished as a hybrid crossover act that fused Thrash/Death+Traditional Metal with lyrics inspired by the Greek Mythology.

Bandcamp Daily  your guide to the world of Bandcamp